Back in writing mode 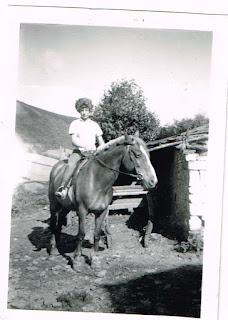 It's quite strange isn't it, that when you are ill you don't really know how ill you are because you are too wrapped up in being ill. I just felt lousy and weak and tired. I couldn't think straight and Mr M was hovering, watching me with a anxious look on his face.
It irritated me because I couldn't understand why he was looking so worried. Now that I am breathing better and I can feel that the blood-clots on my lungs are getting smaller so I have more room for air I understand that I must have been quite ill and he was worrying about me - a lot. He doesn't hover anymore so I know I am definitely not as ill as I was a few weeks ago
I spent those weeks staring at FB or gazing at something on TV. All the writing I had done in the preceding months was forgotten, no it was avoided because I had been writing almost to the point I went into hospital and somehow my mind had decided that it was the writing that had sent me there.
I know, stupid right? but the thought was firmly fixed so I stayed away from the books.
I can't remember if I've mentioned this before but I have written three of them and started number four. Anyhoo, I have gradually begun to think about my story - which still doesn't have a title - and the other day I opened book one and began to edit a bit.
I have now re-read the first three books and today I opened book for and was surprised to see that I have seven chapters. I read them all and found that chapters six and seven are unfinished. Now this was a shock because I distinctly remember writing a huge amount of chapter seven but it wasn't there.
I pondered for a while and then did what I hope all writers do at some point, I gazed into nothing and let my mind go.
"you must have written that in hospital" I thought and immediately I could see myself in the bed with my notebook (the one I write the plot and character sheets in) and I had written something in hospital.
I've just read it through and do you know it's not bad. No, not at all bad for a person that was attached to the wall with oxygen tubes and feeling like she had a rock in her chest.
I'm off to copy it to the computer now and to email some more chapters of book one to Mr M who has just begun to read it.
Oh, and to continue trying to find a good title for the series.