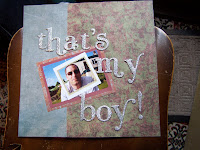 The weather has been miserable here for the last few days. Foggy, raining and a frost on a couple of mornings. All this is because this week mt youngest son and his partner and family are moving to a new house. New for them, not new built. It is really nice in a quiet location, with what seem to be good neighbours and none of the parking wars that they had in their old house. They have a drive where they can park both cars, the children can still go to the same school and they are much closer to their grandmother so she can collect them from school and take them to their own home to wait for mum rather than have to take them to her house and sometimes keep them until the next day because mum and dad were both working until way past their bedtime.
We decided that we would go to see his new place after we had been to the Dr for our flu jab. As I am a pensioner now and Mr M has diabetes we are both considered 'vulnerable' so we are offered the flu jab. I hate it because my arm always aches for days afterwards and I always have the "flu-like symptoms" that some people experience. This means a week of misery, BUT I had the flu once. The real flu, the one that grabs you by the chest and throws you down then sits on you until you are so weak you just give up. I was three weeks before I had the strength to walk th 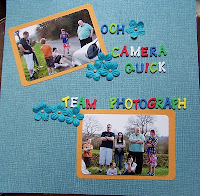 e length of our house and it was a month before I could walk the 100 yards to the corner shop. When people say they had the flu and it lasted 24 hours I laugh because what they have had is a cold. Influenza is totally debilitating and I can see why so many people died from it in the early 20th century.
Anyhoooo, we went to see the new place and it is lovely. I suddenly realised that I had given quilts to the two oldest of my children but had never given one to my youngest so I corrected that today when I gave him two. I should also give quilts to the children but I haven't decided whether to make a couple more for them or to just give them two of the many I have left.
Posted by Ladkyis at 15:11

Hello there and many thanks for dropping by my blog yesterday. I'm glad I returned the visit because you have given me a very timely reminder to go and see about my flu jab! Thank you.