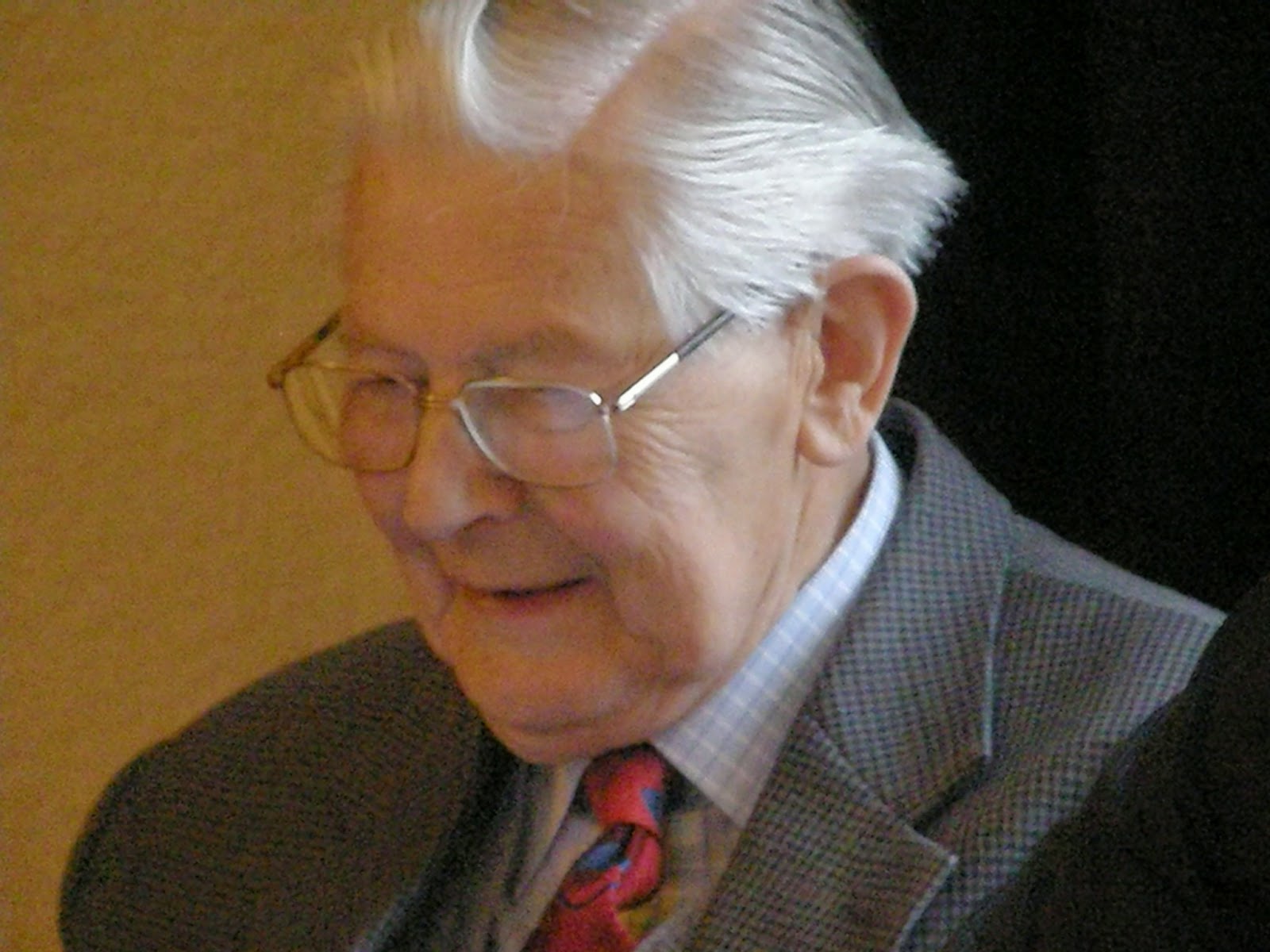 Just occasionally in your life you meet someone who becomes a profound influence without ever stepping into centre stage. You know you are a better person because you have known them; you know they will continue to influence you for the rest of your life.
All this knowledge rarely shows itself to you until that person has gone. This is how it has been for me with regard to Len Hough.

Len was President of the local family history society. We first met when my mother volunteered me to be Minutes Secretary for the Executive Committee, that is a whole story on its own, and that was in 1994. Len was Treasurer for the Society and was justifiably wary of this new woman who had appeared out of nowhere. I spotted him as the one to go to for help - and asking him for help as the way to reassure him. I would draft the minutes on my computer, print them off and post them to Len. He checked and corrected and posted them back the same day. He never spoke of this to the committee so I didn't either.
Pretty soon after this the Editor of the Society Journal resigned and the Exec decided to have a Journal Committee while they searched for a new Editor. I expressed an interest and was given the chance to work more closely with Len in compiling the Journal. At that time it was still done with a typewriter, craft knife and glue. Cutting and pasting meant just that! Len watched carefully because he was not going to allow anything to sully the reputation of the society.
Eventually I became Editor and introduced the Journal to the wonders of the computing age - this was 1995 and there were still those who thought computers would never catch on except in the workplace.
Len was never afraid to talk to me about things, both good and bad. I discovered that he had been a primary school headmaster in his working life and I just knew that every child that went through his school would have been encouraged and praised. He taught me to step back and evaluate, to assess quietly and NEVER to assume that things were as they seemed. He showed me that there was always a way to get good behaviour from the most boorish of people and I never, in twenty years of knowing him, heard him raise his voice. He had a way of damning with faint praise that I envied and tried to learn. He never said a nasty thing about anyone and yet I was in no doubt of his opinion of certain people.
He gave me the confidence to serve on the Committee and to take on the post of Chairman for three years. He supported me when I fought to change the way the Journal was delivered to members and he supported the changes that were made to the society website while not liking them one little bit.
He was never a close friend, because that was not his way. We shared an interest and he and his lovely wife Isla always seemed delighted to see me whenever we met. I will miss his physical presence at meetings and open days but he will be with me always. Rest in Peace Len.
Posted by Ladkyis at 03:16

It's times like this I'm reminded that it's a gift to have a space to publish our thoughts. RIP Len. I suspect he would have reminded me a little of my Dad

So sorry to hear this. Whilst I only met Len briefly, meeting such a gentleman is a rare and memorable honour these days. Very sad to know that it has become that much rarer. RIP Mr. Hough.

A beautiful tribute to him. RIP Mr. Hough.

Oh, I'm sorry to hear of your town's loss - what a treasure of a man. Thank you for sharing.