We are going to a party! 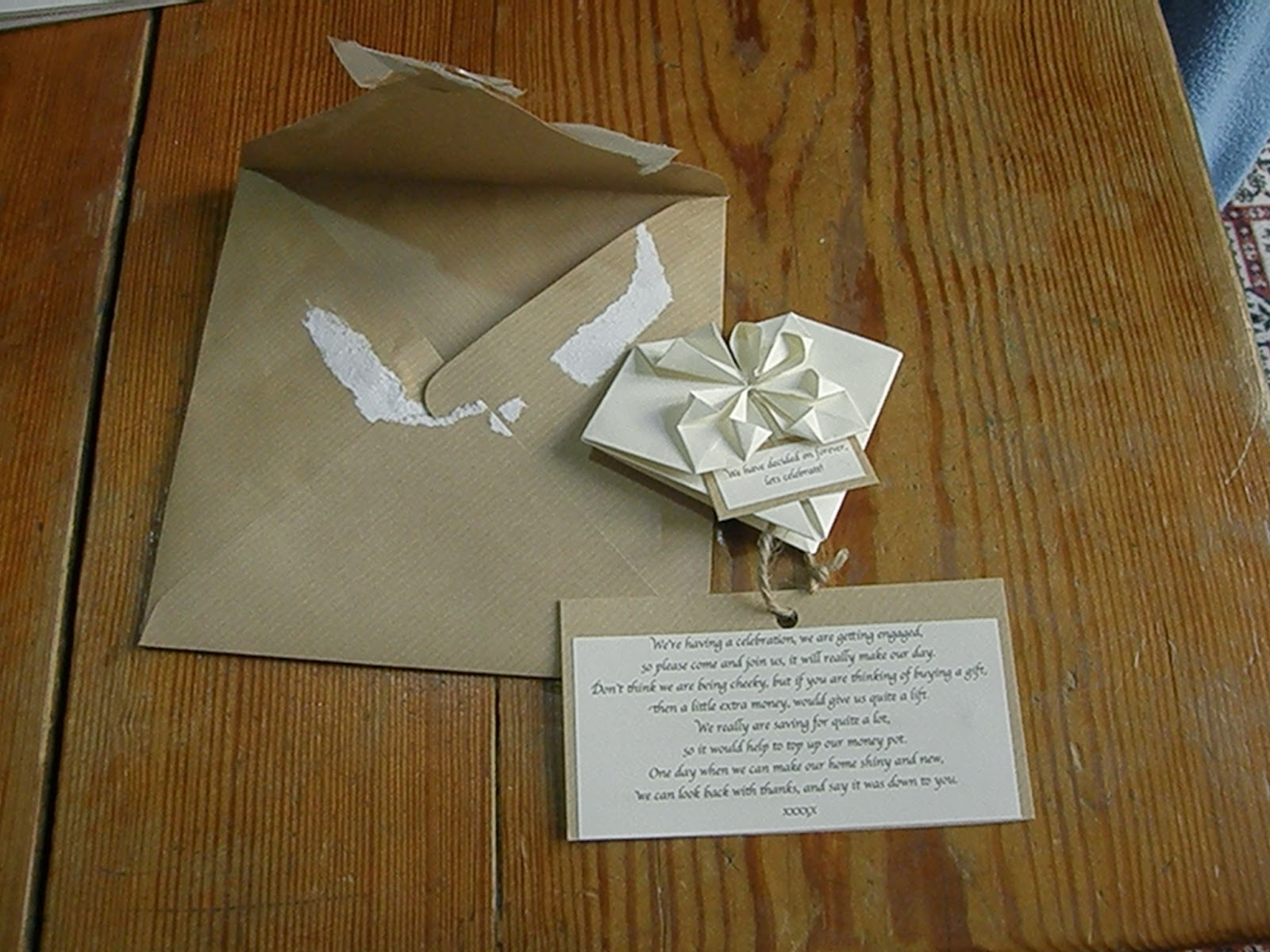 Isn't that beautiful? all neatly folded with the date and time hidden under a fold of the paper and the reason for the party on the little dangly note underneath.

The son of a cousin on Mr M's side of the family - who incidentally shouldn't be old enough to go out on his own yet because he was only 30 last year! - is celebrating his engagement to a lovely and talented girl. She made the invitations and so I have paper folding envy.

We have had visitors this past weekend. I love it when people come to stay that we have known for long enough for them to have become part of the family. So much so that they will get up and put the kettle on and make a cuppa for everyone. We took them to Hay on Wye but because I discovered that somehow the lens of my camera has been damaged I didn't take the camera. There were four other cameras in our group but no one has given me any pictures yet. I will document the trip when the pictures arrive..... when I do the page for the album. Closer examination of the pictures taken with my camera seem to show that the damage is not fatal, and I can still use it. I feel a whole lot better now. We also took them to the OK Diner and it was decreed A Good Thing.
Posted by Ladkyis at 14:30

That is one very funky invitation! Glad to hear the camera isn't dead!

Good news about the camera. I have paper folding envy now!

Great invitation. Hope you enjoy the party and glad to hear that the lens isn't totally broken :)

That is one very elegant invitation - hoping you really enjoyed the occasion.

Very pretty invitation and yeah for a not dead camera :)