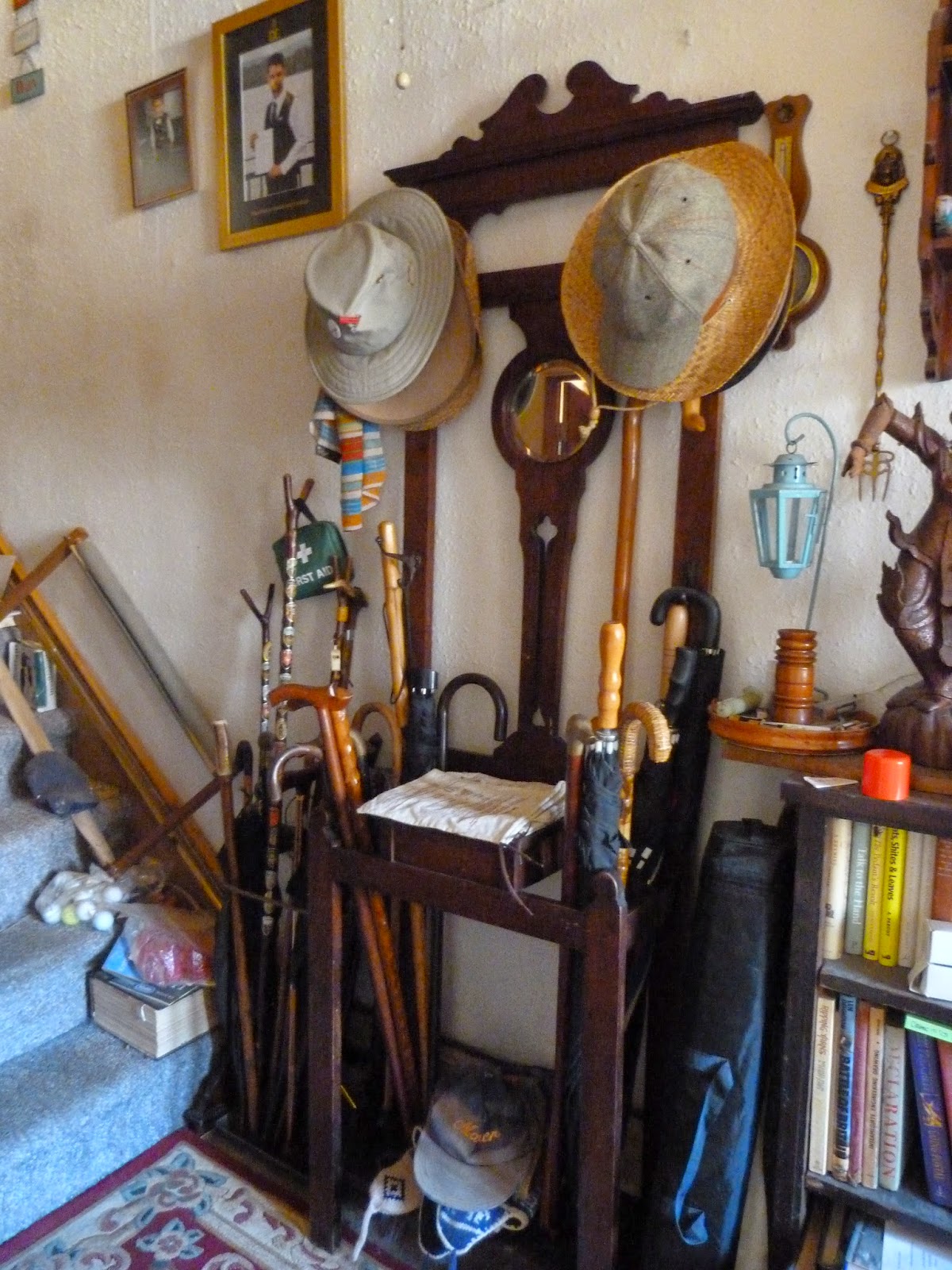 I meant to photograph it before I put the sticks and hats on it but ...

It has a little glove box too so this will mean that Mr M's favourite gloves will not disappear into the abyss behind the stick stand ever again.

The smaller stick stand is the one that Mr M's cousin had cluttering their garage. It belonged to their grandfather, although neither of them remember seeing it and after discussion they decided that Nan must have kept it under the stairs.

Anyhooo, Cousin G gave it to us. His son said that he remembered being scared by the stick with the "doll head" in the stand when he was a tiny child. This prompted Mr M to take a picture of just that stick in the little stand just for him. 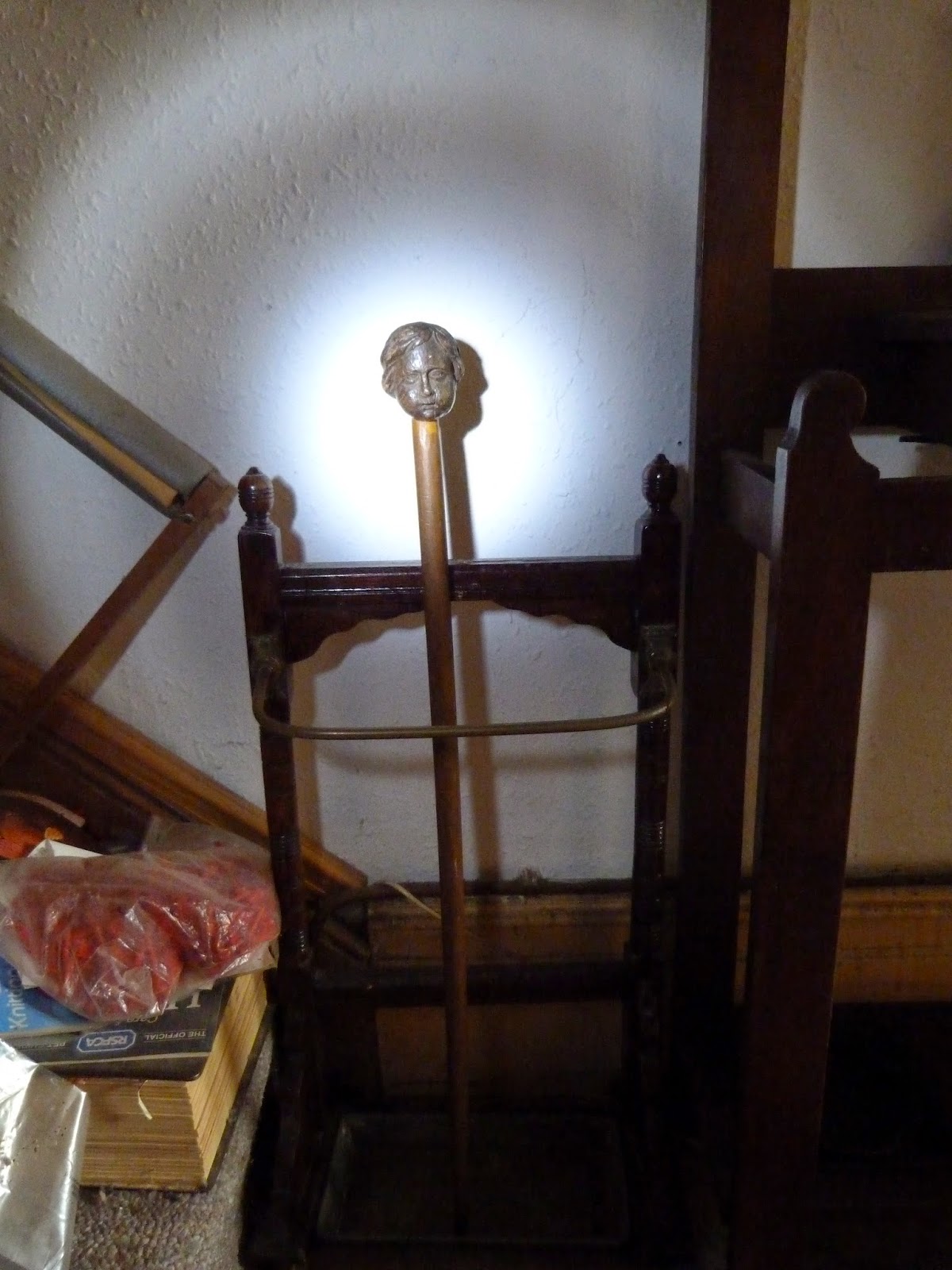 We used a torch with LED bulbs to illuminate said "doll head" and the result is really spooky. I soon filled up the stand with some of the stick collection and the head has now receded into the background, losing most of its spookiness.

We still have the old stick stand that my uncle made, perhaps one of my children will want it as an heirloom.

Big thank you to Admiral and Lady Bluefunnel for taking us on an unexpected day out because that's when I found the hall stand.

Oh, oh Just noticed that you can just see my eldest grandchild's picture. he is holding his DoE (Duke of Edinburgh's Award) gold certificate. He is now at John Moore's University coming to the end of his second year doing outdoor activities and something else, which entails climbing mountains and skiing and kayaking and all sorts of other stuff

It fits in that spot perfectly! I have a real fondness for hallstands myself..my Grandma and Grandpa had one and when their house was sold it went to my aunt, who continues to keep Grandpa's hat hanging there to this day.

I love hallstands but unfortunately don't have room for one in this house.

That is a gorgeous find! Plus you have everything you need to make it practical!

What a lovely piece! And your walking sticks are fantastic, too.
Rinda