Me on Monday - knuckling down 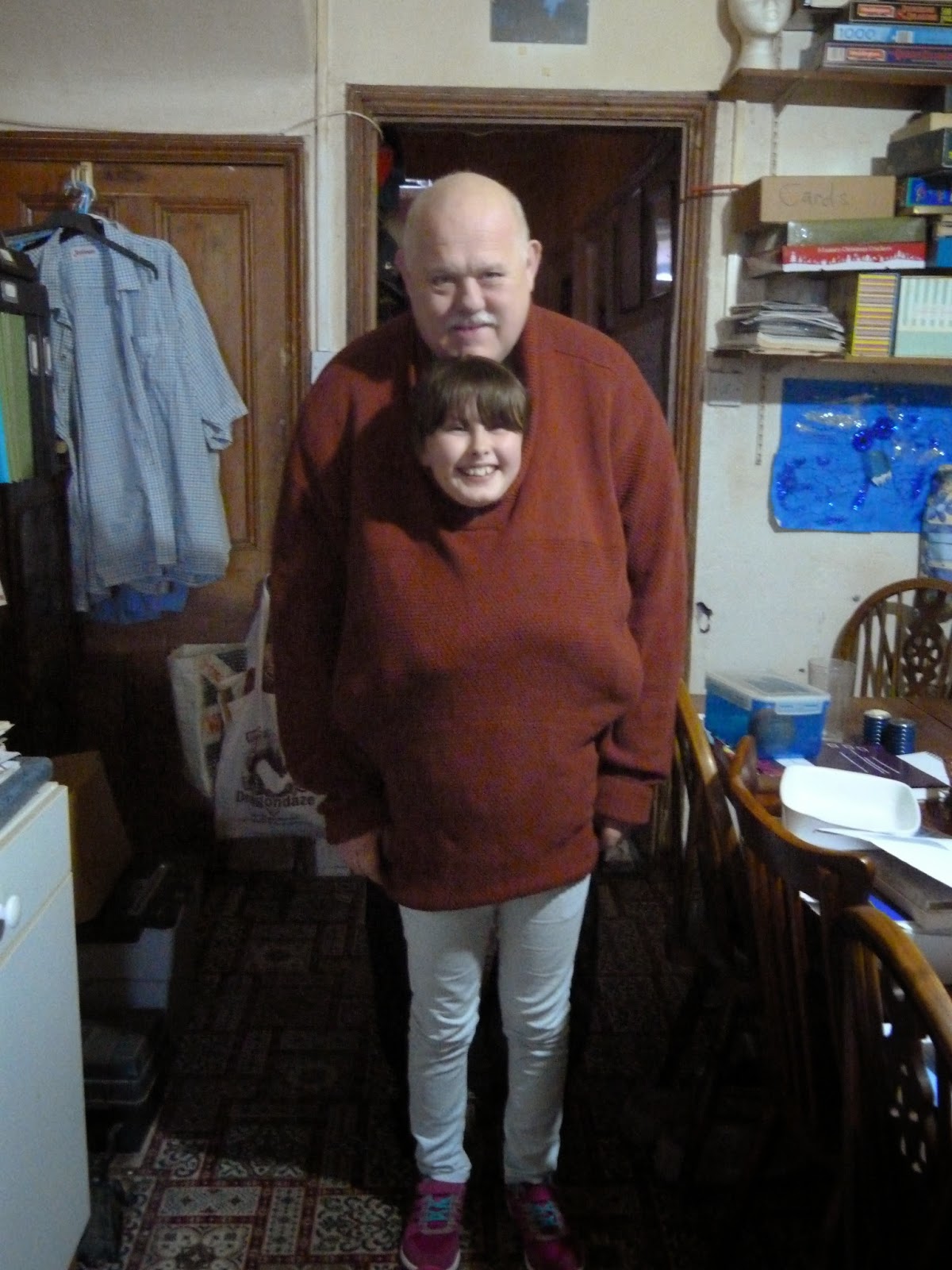 It's been a weekend of avoiding something I used to love doing, of waiting for Miss Boo to come home from her holidays, of deciding that it was definitely Green Day and spring has sprung, of Tin Man Stew and a panini and a late lunch 50 miles from that. It's been beautiful weather and good company and now it's knuckling down to the task I have avoided all weekend

I used to love being Editor of the local family history society Journal, I looked forward to the deadline day so that I could sit happily at my computer and compile the Journal four times a year. Now I just can't wait for it to be over. Time to stop methinks.
Miss Boo has been to Cornwall for a week with her Mummy and Daddy. She sent me a postcard and has written a holiday Journal which she will use to make her scrapbook. She had a wonderful time getting to swim in the pool at the caravan park. She won't swim in the sea because it tastes awful. The Eden Project and Trerice were just two of the places she visited.

On Saturday while they were travelling home we popped into The Range to see if they had some card labels that said "left blank for your message". They didn't, but they did have several other things that I suddenly desperately needed. We moved onward and meandered through the countryside and suddenly we were nearing Neath and in need of a cuppa. We went to Aberdulais Falls, a National Trust property which was a tin plate works and is now a really fascinating place to wander about and see how the working poor lived and worked a century and more ago. Mr M had Tin Man Stew for his brunch and I had the most delicious ham and cheddar cheese panini - oh yum. I bought three books in the second hand book shop there and we were delighted to learn that the electricity required to run the place is now provided by a turbine in the falls - fantastic.
We then headed northish and took a road we have never been on because, well exactly because we had never been on it before - and because there was a screwdriver in front of us and he headed down the road Mr M had intended to use.
Eventually we arrived in Brecon so we called in to Morrisons and had a ... not really sure what to call it because it wasn't dinner and we had already had lunch ... anyway we had jacket potatoes and Morrisons had an off day. First the coffee machine I prefer wasn't working so I had to use the one that doesn't have decaff. I chose a latte, made a pot of tea for Mr M and ordered the food. I sat at a table and looked at my latte. I took it back to the counter and asked the nice young man where they had hidden the milk in my latte. He made me a decaff one in the other machine that was sort of working. There was, it turned out, no milk in either of the machines so he had to go and get some from the storeroom. In the mean time I sit at our table and out jacket potatoes arrive. Mr M has chilli on his and I have cheese and colesl...... I have just cheese. I go back to the counter and the lovely young girl blushes to the tips of her toes and puts my forgotten coleslaw onto my potato.
It was delicious
We came home, pausing in Aldi at the end of our street to get stuff like" bread and something for dinner tomorrow" and then were entertained for an hour by Miss Boo telling us all about her holiday.

OH OH, when she came in she saw the hall stand, which was delivered while she was away "Oh I like what you've done to the place!" she said, immediately reducing both of us to stifled giggles. That has gone into the little book for sure
Posted by Ladkyis at 04:29

I'm laughing out loud..now there's a line to go down in family history!

Sounds like an excellent weekend..The range, new books, a bit of National Trust and some coleslaw in the end? Perfect.

You have a great turn of phrase - I like your line about things you suddenly desperately needed. Must be a syndrome which affects all scrapbookers! Lovely to read of Miss Boo's adventuring and that she is firmly in the memory-keeping tradition.

What a perfectly great photo and story!
Rinda

That is the cutest photo I've ever seen!! looks like it could come straight from The Hobbit!