Will the real Uncle Charlie Please Stand Up? 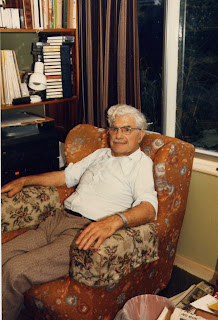 Once upon a time a grumpy old man turned to his daughter and said,
"you can carry on with this family history stuff, I'm too old for all this now. See if you can find those darned actors"
The daughter accepted the large box of papers and certificates and promised her father that she would do her best to find out about the actors. She methodically read everything in the box and carefully (with a new fangled computer program for her Atari computer) drew up a family tree. she put all the documents into lever arch folders in chronological order and began a research journal so that she wouldn't forget what had been done and where she had looked so far.
She found that the actors, John Charles Guilfoyle (stage name Charles Guilfoyle Seymour) and Elizabeth Nathan (stage name Bessie Nathan) were married in March 1879 just before travelling to Dublin to perform. She discovered that Their oldest daughter was born in Dublin in 1881, that they were in Scotland when the 1881 census was taken and that they already had a son, born 1879 who was named Daniel after his grandfather. A daughter Margaret followed, born in 1882 in Darlington then another son in 1884/5 called Charles after his father. There was a long gap and just when Bessie must have thought she was safe she had another daughter, Bessie Hope, in 1898.
Now it would seem that Daniel was the black sheep of the family. One of the many family stories that have come down to the grumpy old man's daughter from Aunty Mu (pronounced Mew) is that Daniel married a spanish girl and she was a bit hot tempered. She took him to Spain to meet his in-laws and for some reason she threw him out into the street in his underwear and the British Consul had to help him get home. Daniel then met a french girl and because he was already married he "borrowed" his brother's name, courted her, married her and then emigrated to America where he lived in New York State until he died in the 1950s. Always swearing that he was Charles John Daniel Guilfoyle.
In the mean time the Real Charles had joined the British army, served in India and in 1914 was discharged as "unfit for war". With the help of several real researchers Grumpy's daughter now knows that the real Uncle Charlie married in 1914 had a daughter and two sons over the next few years. Those sons were both in the Royal Navy in WW2 and both died, one in 1939 and one in 1945. She was delighted to learn that Real Uncle Charlie's daughter married and had a son.
The only regret is that the grumpy old man died in 2003 so he never got to see just how much information his daughter had gathered. He never got to see her on TV doing her research in the Jewish Museum and the Metropolitan archives and being interviewed in her own front room.
She hopes that he is looking down on her whenever she finds something new about her ancestors and that he is able to meet up with his cousins that he never knew in life.

This one is for you Dad
Posted by Ladkyis at 15:01

I bet he is doing both of those things.

You know what they say about blogging - if you have a great post, don't save it up just use it! And this is a great post. I relish your stories, so full of detail and humour. Are you sure you wouldn't like to write a book? I'd buy it!

I am seriously considering writing the story of my great grandmother. I was going to go into detail then but I think I will set out my thoughts as a blog, now that's a good idea, thank you

Can I echo what Sian says about writing a book? I always enjoy your writing so much! xx