The Viking and the Car keys 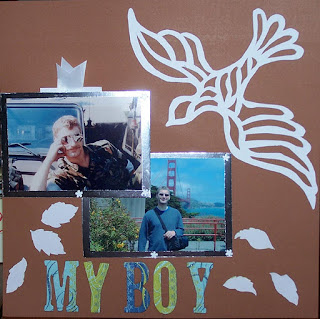 I promised I would tell you about the viking and the car keys as a follow on to last month's story about our trip to Legoland in Billund, Denmark. Are you sitting comforably? Then I'll begin.

We had been up since silly o'clock in the morning, travelled across northern Germany and half way up Denmark. Paused for lunch and then tackled the amazements that are Legoland. We survived the disappointment of no Rocket and panned for gold in Legorado. The park was closing and we were being herded unobtrusively to the exit.
We wandered across the nearly empty car-park to where the Taunus stood in solitary state, its nearect companion a camper van about 20 yards away. Smudge opened the car and then went to the boot where he had a large can of fuel - I know, but this was twenty years ago and he was in the army and got a special price for fuel in Germany. He put the funnel into the petrol tank opening and transferred the fuel from the can to the tank safely. he had put the petrol tank top onto the boot-lid and after replacing the can into the boot he shut the boot to reach the top for the tank.
And that's when we realised that the keys were in the boot.
The car park was empty except for the camper van where there was no movement. Smudge decided to go to the garage just outside the carpark to get a piece of wir or something to break into the car.
He came back with a viking.
The young man was about seven feet tall with shoulders that fitted his height. He had the most incredibly blue eyes and shoulder length blond hair. He was wearing dark blue overalls and the most enormous boots. They were almost clown boots but we just knew that his feet went all the way to the end. He did not speak any english or German. Smudge spoke a little German, he was in the army afterall so he could count to twenty and order that many glasses of beer and could visit a schnelle-Imbis and order sausege and chips. I spoke a little German - all those night school classes came in handy but explaining that the car keys were locked in the boot. There we were with the doors open but no way of getting the car moving and no access to the keys in the boot.
He mimed to us what he would do. He pointed at Mr M and mimed what he would be required to do and then he pointed at Smudge and mimed what he would have to do to get the keys. They looked at each other and nodded.
We have a two door car, both doors open. Into this climbs Smudge who places himself in the middle of the car, facing the back with his legs tucked under him balaced and ready. The Viking entered the car from the offside, leaned right in and grasped the bottom of the back of the rear seat. Mr M did the same. Together they pulled and lifted. As soon as the gap was wide wnough for a small snake to go through Smudge seemed to make himself long and thin and in he went. He knew exactly where the keys were and was able to grab them. Nettie and I were ready and as soon as he began to wriggle backwards we each grabbed a leg and gently helped him slide out. HIs T-shirt had been pulled over his head and there were several angry red marks where the metal springs from the seat had squeezed him but we were able now to drive to the hotel!
We thanked the Viking and tried to give him some money. He refused to accept it and made it clear that it had been very funny and he would dine out on this for months.

This story has been brought to you by Sian at High in The Sky
Posted by Ladkyis at 07:17

Very funny! I knew it was going to be a good one as soon as I saw that title lol. It just goes to show that a good turn is a good turn in any language! Hurray for Vikings.

I'll be looking out for your daughter then - that would be brilliant!

And I bet he did as well....telling everyone about the 'stupid' tourists!!!! Thankfully I've only ever once locked my keys in the car.

What a great story. Hurray for the Viking indeed :o)

Hurrah for you knight! We were in Billund in August and had a blast. We didn't need the help of a Viking though, which is a shame.

Brilliant story! I can just imagine this happening! You did make me laugh. Thanks for sharing :)

Brilliant! I could just see it all :) A marvellous anecdote for you all, including the Viking!

Re paper bags - let me send you some and once you have them in your hand you'll get the idea. Please email if you are interested - and even if not, please consider letting me have your email address. I always enjoy reading your comments and would love a quick way to reply!

Vikings are indeed useful in emergencies!!!! An interesting way to recover the keys and what an adept at miming he must have been!!!!