When my children were small we lived in an old water mill just outside the village of Raglan. When you live in or near a village you either take part in village life or you exist on the periphery. My children went to the village school and I was involved in every aspect of village life. Junior Football club? my boys were there and I was on the touchline. Cubs Scouts, Brownies, playgroup I was there. The Scouts and Guides in Raglan are, or used to be, Church units and had a Church parade once a month. I was in the church choir, a member of the WI and the young wives group and I was a committee member of the Village Hall Committee. All this evolved over time but when I first went to the church the children were quite small and this is where my story begins. 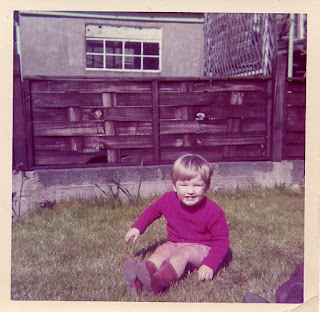 Eldest Son was five when we moved to the mill and it wasn't long after this that I started going regularly to church. I took the children with me and they were always well behaved, unless one of them dropped their collection money and started to giggle. That didn't happen too often. They enjoyed the hymns most of all because they liked to sing. With everything else that was going on in their lives they needed to be able to make noise.
One day I heard Eldest son talking to his teddy bears. He had two that he loved deeply one was called Baba, the other had no name. Until now. "Look Baba, this is Gladly. He's a church bear."

Gladly? where did that come from? I chose my moment carefully. I didn't want him to know I had been eavesdropping so I waited until he mentioned the bear by name and then asked why he had chosen that name.
As is usual in such moments Eldest Son gave me a scornful look as though wondering how his mother could be quite as stupid as that and said "Like the bear in the song, Mummy"
"Oh," said I "which song is that?" He sighed, his mother was obviously denser than even he had thought. "The one we sing in church, Mummy, you know." and then he sang to me
"Gladly, my cross I'd bear"

This story has been brought to you through Sian at fromhighinthesky. please visit her blog and enjoy all the other stories in the series.
Posted by Ladkyis at 03:08

Such a perfect story! Happy Christmas to you and yours.

That's a wonderful memory to have and proves he was really listening to the words! I think it a great name for a bear too.
Happy holiday season!

Brilliant! I have looked forward eagerly to your stories all year, they are always so enjopyable and of course tgis one is no exception. It has been a pleasure to begin to get to know you in 2011 - and I'm looking forward more in 2012.

A Merry Christmas to the whole family!

ha, love it. They are precious aren't they :) I must record some of their sayings as I am already forgetting them.

Wonderful story....I love how children 'misinterpret' the words of songs.

Wonderful story as always. I think Gladly is the perfect name for a bear. Merry Christmas to you and your family.

that is very sweet, I have also got the lines of songs completely wrong before or been confused like your son by the meaning! Happy Christmas

Such an appropriate story for the Christmas season - Merry Christmas to you all!

Oh wonderful! I remember several similar "errors" from my own childhood. My favourite - my little foster sister (H) and one of the little girls (A) from my mother's day nursery: H "Listen carefully and I will sing you "Away in a Manger"....
A: "Yes..."
H (sings) "Away in a manger, no crisps or a bed..."

Thanks for the great story - and for stirring up some fun memories!

And, yes, you're so welcome to print my story and read it at bed-time... I'm very flattered that you like it so much! Just remember to say "The Big Rumble and the Little Witch, by Lizzie" when you begin...
XX

Oh, what a delightful story, it made me chuckle.

Love it! In our family there was "round John virgin" Merry Christmas.

Love it...I DID have a LOL moment there! Thanks for stopping by my blog and have a lovely Christmas!
Alison xx

OMG that story is hysterical! "Out of the mouths of babes." Thanks for sharing.

I loved the story and the photo. You've brought back memories of my children sitting quietly in church with me, thank you for that.
Happy Christmas xx