It was losing water!!! This caused overheating which made it go into "limp mode" 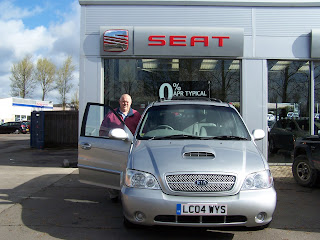 The problem was that they could not find where it was doing this losing of water. They had it from Wednesday to Friday and Mr M brought it home - he was sick of driving the courtesy daewoo because his knees were bruising his ears and Mr M is not built for folding.

When he arrived home he did the usual three-point turn at the top of the street and when he got out he could clearly see the trail of water on the road surface. He discussed it with Youngest Son who said "Let's go and have a look." so they did but they could not see where the water was coming from, no puddle under the engine.
Mr M said he would do another turn around and see if that helped so YS stood and watched and as the car pulled forward it revealed a large puddle - under the BACK of the car. The pipes that take the hot water to the rear heaters were leaking like a sieve! A quick call the the garage and at 8am today they took it down and showed them exactly where it is leaking. It is being fixed as I write

Who would think to look at the rear of a car for a water leak on the cooling system? Well not them or us obviously. Thank goodness that YS began his army career in vehicle maintenance before changing trades. 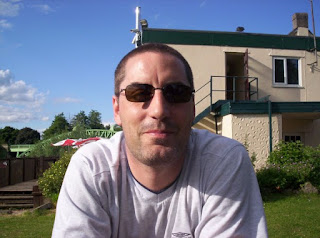