Me on Monday - sleazing 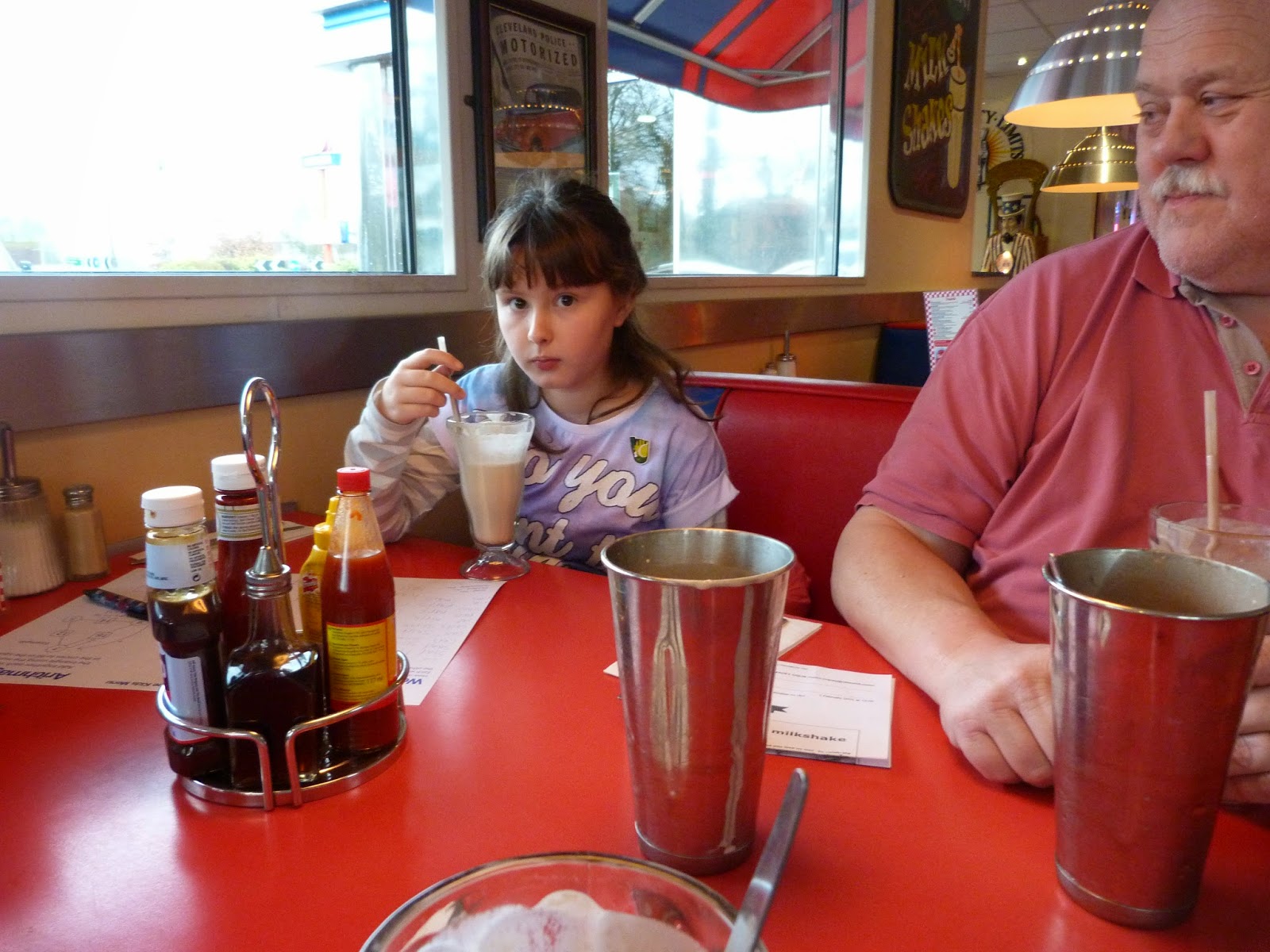 It was a continuation of Mr M's birthday week kind of a weekend. On Friday we went to the OK Diner. Miss Boo approved. Saturday we sleazed and on Sunday we went to the Christmas Shop in Lechlade because My daughter told us that we "kept banging on about it" but never took her. from there we found a garden centre with toilets and a cafe so we could relieve ourselves and get a cuppa ... to refill the tanks.

The ladies had several cubicles and Daughter went into one and backed straight out again. "That's too claustrophobic" she said and went in the next one. I took a look in the claustrophobic one and she was right. There was a square pillar half way along one side of the cubicle and the toilet was tucked in beyond it. I decided I would use another cubicle and went in the one next to my daughter.

"Ooh! Cold hands, cold hands" came the cry from her, while miss Boo groaned in embarrassment. "why doesn't someone invent something to stop you having to touch yourself with cold hands when you go to the loo" said the forlorn voice of my daughter
"gloves!" I said and she started to laugh. Because she laughed I started laughing and this made her laugh more.

"Muuuuuuummmmmm!" said Miss Boo which made us both laugh even more.

When we eventually got outside it turned out that Miss Boo was dreadfully embarrassed because "Someone we don't know came in and was listening to you while they were in the toilet"
Needless to say this made us both laugh even more. Miss Boo found her Grandpa and steered clear of us for an hour.

That was my weekend and so today I have been fair Isle knitting and watching the CI channel and occasionally Create and Craft TV. If you want to catch up with other Me on Monday bloggers then take a look at Sian's place over at FromHighInTheSky she invented this way of focussing on what we have been doing.
Posted by Ladkyis at 11:25

I've not had many occasions to laugh in a public loo! Wishing you a happy week.

Love it when one of you can get the other into a good laugh mood... my Mum always says it is the one thing she really misses when she is away because no matter what... we always have such a good laugh together.

It sounds like you had a fun outing. There's nothing better than laughing with family!!

I love your stories. Thanks for sharing.
Rinda

Oh I loved reading this, it really made me smile!