A friend said something on facebook and it reminded me of another story. So I thought I should get it saved. 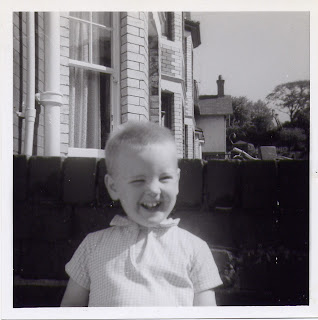 When my eldest son was in Secondary school he joined the camping club and every year the club went to Brittany for ten days. He saved his pocket money and we gave him some money and his father also contributed.
The coach was due to arrive back at the school at 9pm so all the parents were waiting. And Waiting.

The coach and the three cars and a minibus finally arrived at 11.30pm as the ferry had been late because of bad weather.

All the children came down off the coach saying Hi to their parents, calling to their Mums and Dads and shouting to friends.
Eldest son stepped down from the bus saying "I lost five francs on the ferry!"
I gave the stupid response "Where?" He gave me a Look and said
"in my coat, but it's alright Miss lent it to me" and carried on to the back of the coach to get his rucksack.
I thought about it for a moment and then found the teacher and paid her the five francs back and still stunned by the loss of his coat we took him home.
The following day we went to see my parents so that he could give them the gifts he had bought. He regaled them with tall tales of how everyone had managed to get into trouble except him at different times and then began a long and convoluted explanation of a football game.
Granny went to make a cuppa but Grandad was still there as were young brother and elder sister. I think he got so caught up in the telling that he forgot about the adults and described how one of the other team members had become a little more physical than was needed in a tackle.
His voice raised as he remembered the tension and emotion of the moment
"So I told him to Fu....." Granny walks back into the room and he became aware of four adult faces just waiting for him to over-step the mark and say that fatal F word.
"...to Fu...Fu.. find something else to do!"
We cheered
Posted by Ladkyis at 14:13

I have to point out that it was 50 Francs that I lost in my coat pocket which was £5 at the time. I think it was Miss sales the lent me the money after. as for the football match it was Andy allan that kicked me in the knee.

yeah but my telling is better

I'll bet you cheered! Great story and great use of a phrase much loved by my own mother

What a great save!

Talking about you today on my blog! Thanks for the comment way back in spring!

And your story made laugh!!!

That has made me smile this,morning - our young ones have such imaginations and love a good audience!

What a great story and I love the picture you posted.

That is wonderful - made me laugh :)