50 Years? but it was just last week, surely? 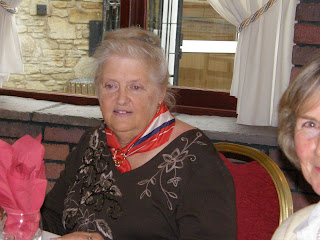 I went to a reunion lunch today. Apparently it has been fifty years since we went to Usk College of Agriculture. Now you and I both know that this is impossible right? I mean how can it be fifty years since September 1962? I can't be that old can I? Well, I suppose that as I am a great grandmother the answer to that has got to be yes.
I didn't think I would remember anyone except those few people that I had maintained contact with but as people began arriving I recognised them. They looked just the same, but wrong. 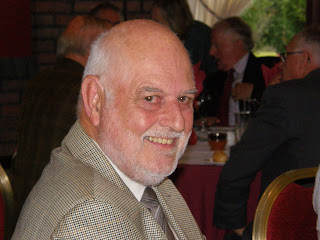 One or two had to tell me who they were and then I could see the young faces hidden in the..... mature ones.
These are the people I spent a year of my life living with. The college had two "hostels" one for the girls and one for the boys and there were strict rules about boys and girls getting together - it wasn't allowed! Girls had to be in their hostel by 9.30pm and in bed lights out by 10pm. It sounds positively archaic but a lot of the students were like me and still only 15 or 16 years old so the staff had a heck of a responsibility to keep us safe. 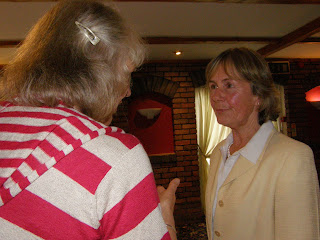 Most days everyone had to get up early because there were animals to care for and that comes first. The 'Dairy' students had milking to do and the 'Gen. Ag' had pigs to feed and calves and sheep to tend.
As a Rural Domestic Economy student we had to take a turn in the milking parlour and in the poultry sheds as well as our own duties where we learnt to do housework and cleaning and to cook. We also did dairy science, butter and cheese making horticulture, butchery, book keeping and accounting wallpapering, dressmaking, soft furnishing and preserving fruit and vegetables. This was a time before freezers were in domestic homes so everything was either canned or put in jars. 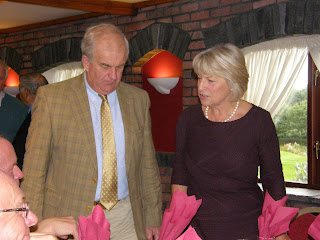 In 1962 there were only six students on the RDE course and this gave us some advantages. We were able to go to Smithfield Show with the other students. We went to the Dairy Show too. We had our own trip to the Ideal Home exhibition but it was the chance to spend hours - no M4 to get us home you see so it was the A48 through Gloucester and Chepstow - on a cold rattling bus with the boys! 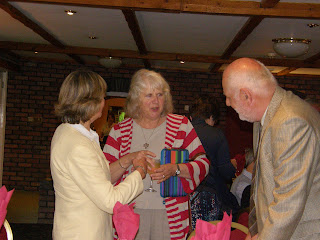 I remember the trip to I think it was Smithfield, where a thick fog descended while we were in the show and when we came out and started home it just got thicker and thicker. At one point the boys were taking it in turns to hang out of the door of the bus and shine a torch on the side of the road so our driver could see where we were going. We left London at 6pm and arrived back at the college around 4am. Those people on 'sheds' just went straight across to start work while the rest of us tried to decide if three hours would be enough sleep.
I was the second youngest girl there that year, only Frida was younger than me, and I was expected to behave like an adult. I hadn't really been a kid yet so the freedom went to my head a little and I must have been an absolute pain to live with.
These people don't seem to hold it against me though and giving and receiving hugs and kisses was wonderful. 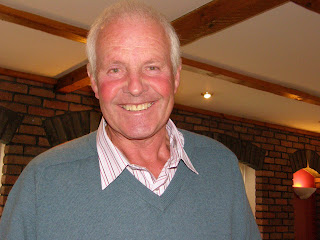 I did find it odd to look around at the familiar faces and to picture in my mind what they had looked like back then - Ann bringing the year photograph was a great help. All those boys we drooled over have turned into bank managers! Well, not really but they do look like it.
Discovering Speedy's real name was one of the highlights. He had a moped and the song "Speedy Gonzales" had just come out so that's what I called him and it stuck. 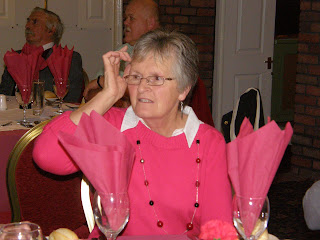 Our year was the one that had the most marriages between students, So Clive informed us, and it is really good to see that several of those couples were there, still together and still smiling.
All in all it was a fabulous couple of hours. A chance to chat with my daughter's godmother and to listen to Liz, still talking after all those years.
I think I will go to the next reunion - as long as it isn't another 50 years

It sounds as if you really all were a very happy year together. Some classes just gel, don't they? and then good times are had by all

So glad your reunionwent so well and brought back great memories.